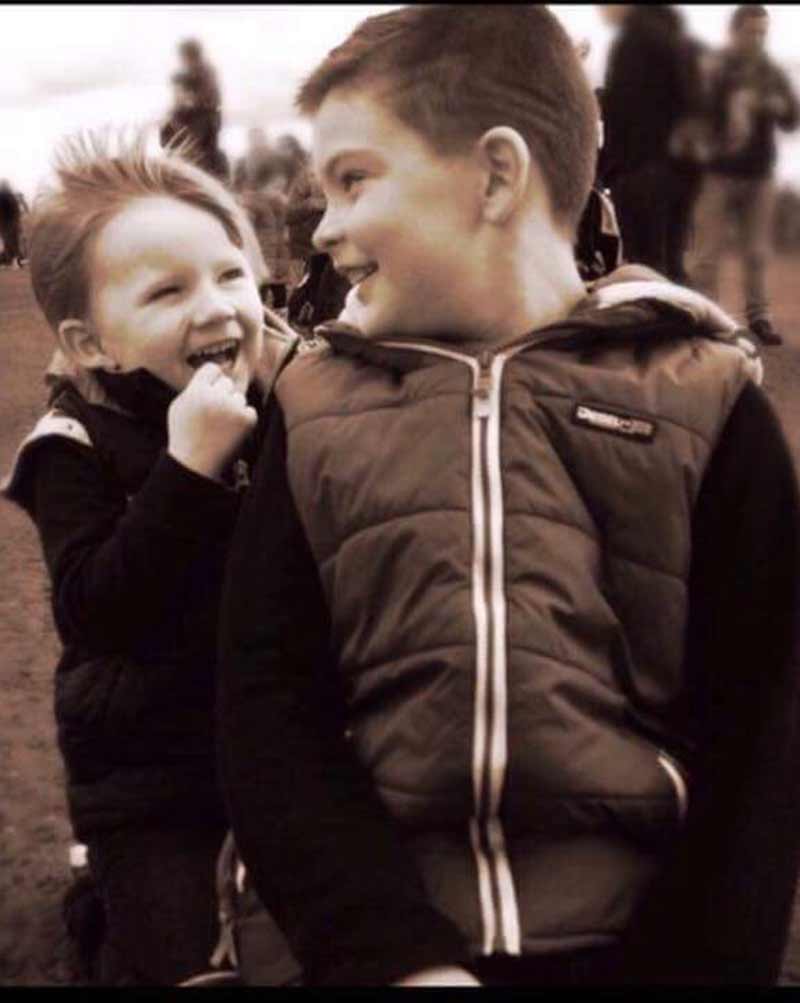 Dear Jeff,
We feel an ordinary thank you would be completely inadequate for all you have done for our family, so we felt we should write you this letter to share our experience with anyone who may be thinking of visiting you as you have had quite the impact on ourlives.

We’re going to start with George (my Husband) George had been overcome with anxiety for quite some time and despite numerous doctor’s appointments, psychologist appointments and even heart surgery (as one doctor thought his panic attacks were a problem regarding his heart’s electrical system). George still continued to get unpredictable attacks, and at the age of 25 they were having a massive impact on his day to day life. So on hearing about the work you had been doing he decided to give it a try in the hope you could help him, and of course you excelled our expectations. After just one treatment George was visibly happier and more relaxed in himself. On your recommendation George had a second treatment and that’s when everything really changed. His attacks have completely stopped, he is happier more energetic and so much more content in all aspects of life. I was absolutely blown away by the results and after weeks of witnessing how uplifted George was I decided it was time I visited Jeff – which takes us to my story.
I had been suffering with ongoing pain and inflammation in my abdomen for a very long time, then followed severe constipation. I had been prescribed medication and took a lot of over the counter medication that gave temporary relief but as soon as I stopped taking them I would be back to where I started. So while waiting for a referral to a specialist I decided to meet with Jeff.

I was immediately at ease with Jeff, his easy going personality, understanding, knowledge and eagerness to help me allowed me to relax immediately.
On finishing my first treatment, I instantly felt uplifted, like a worry I wasn’t aware that I had been carrying had been lifted from my shoulders. The next morning I woke up pain free and for the first time in months I wasn’t bent in two every time I ate or drank. I was full of excitement and amazement at what Jeff had been able to do for both my husband and I. Over a year later and I’m like a new person and I’m just simply overwhelmed by the remarkable results.

After our success we felt that maybe it was time to take action on another issue that had been on our minds for quite some time, Our little boy Jake (3) Since Jake was only 5 months old, he never napped during the day, he’d stay awake 12-14 hours a day but he’d never be tired. George and I didn’t really think too much of it, then as Jake got older we began to notice he would constantly break out in red patches all over his face and sweated profusely. Like all little boys Jake loves to run around and play, but Jake never took a break, he would run around the table while eating dinner or run laps of our sitting room while his older brother watched cartoons, he sang, danced, shouted, tumbled, whatever he needed to do to burn off energy he would do it, all day every day. We were exhausted just watching him.

So on a recent visit to Jeff, George decided to bring Jake along. Immediately Jeff could see the reasons why he was acting the way he was , so as Jake headed straight for the garden to run around Jeff was able to identify exactly what was going on with him from simply watching him. Jake had been running on adrenaline which was released into his body during his dramatic birth, something we would never have been aware of. Shortly after Jeff had the correction completed, Jake came in and threw his arms around his daddy and snuggled him tight and said “Daddy I love you”, that melted my heart when George told me because Jake had never been affectionate but I was also disappointed I didn’t get to witness it for myself as it was something Jake just wouldn’t take time out to say or do. But to our absolute delight, it didn’t stop there, we both get to hear it every single day, we get to experience a joyful happy little boy who still loves to play outside but doesn’t break out in blotches or bouts of sweating like before. A little boy who loves to entertain everyone with his songs that we can all enjoy now because he isn’t trying to sing so fast. A little boy who loves to sit and paint, or go to the cinema and watch a movie, or just hang out in his brothers room having stories read to him, and for us these were the most amazing results of all.
There are no words that can encompass the enormity of what Jeff has done for our family and we will be eternally thankful that Jeff came into our lives.