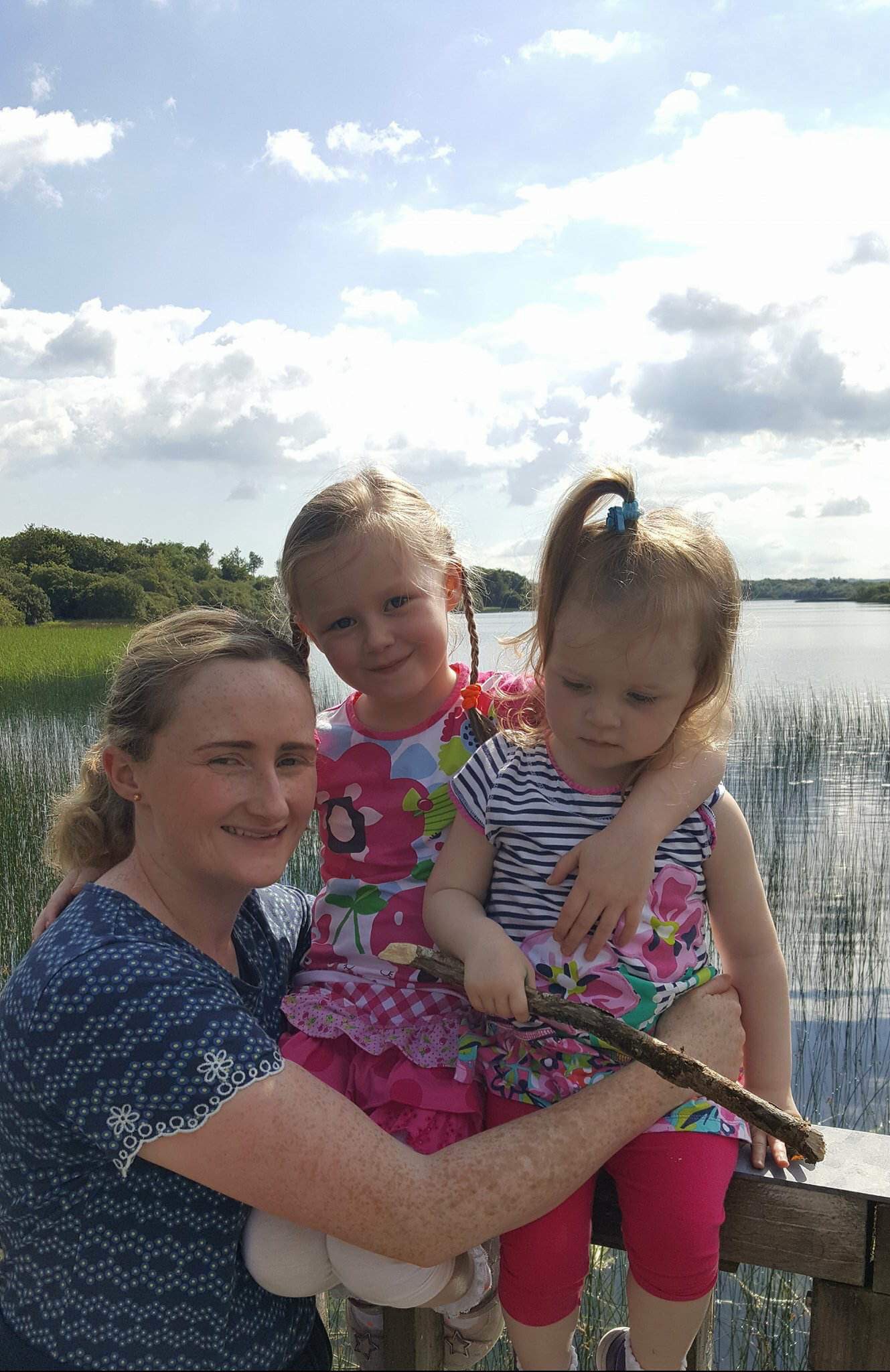 My name is Caitriona Talty and I have two little girls, Ella Mae 4 years old and Anna 18 months old. I decided to visit Jeff when Ella Mae was 3 years old as she was experiencing long sleepless nights due to night terrors and it was getting more difficult to handle now as I also had a small baby whom didn’t sleep either, I was ready to try anything! From the very minute Ella Mae and I sat in the room with Jeff I noticed an instant difference in Ella Mae and her behavior as she would usually be glued to my leg around a“stranger”.

A year on Ella Mae has not suffered from 1 night terror and is a much happier child who doesn’t worry as much and is much more confident and independent. As I noticed such an instant change in Ella Mae I decided a week later to take baby Anna to meet Jeff. Anna slept the first night she was born in the hospital but from night two that all changed. She screamed from 10pm until 4 am every night. Anna met Jeff when she was 6 months old and we haven’t looked back since. At this stage Anna had been on steroids to treat the croup on numerous occasions. Since meeting Jeff, thankfully Anna has been croup and steroid free! And an added bonus, Anna is much more content at night and sleeps happily. The following morning Anna did break out in a red rash on her face, ears and hands so I rang Jeff in a panic, he reassured me that it was only the virus he corrected leaving her system. Jeff said it would be gone by the Thursday and sure enough on the Thursday morning Anna was rash and mucus free. Our lives have totally changed as a family and we really do owe this to Jeff. I myself have received treatment from Jeff for anxiety and back pain, amongst numerous other complaints. Since giving birth to the girls I just haven’t been myself and thanks to Jeff I feel like a large weight has been lifted off my shoulders. I brought Ella Mae to Jeff in summer 2016 as she broke her leg twice and just mentioned my back pain to him, within 10 minutes I walked out of the clinic totally pain free and I could actually breath better. It almost felt like all the worrying and stress due to my daughter’s injury was just stopping me from breathing and suddenly it lifted! Thanks so much to you Jeff, you have most definitely left a divine impression on our lives and my little girl Ella Mae truly believes “your magic”. She often talks about how Jeff could move his hands up and down her leg without touching it and she even felt it through her cast. I myself have developed a whole new way of thinking and am a much more positive person. I would highly recommend Jeff to everybody and especially children who he has a unique ability to relate to.

Thank you so much Jeff.