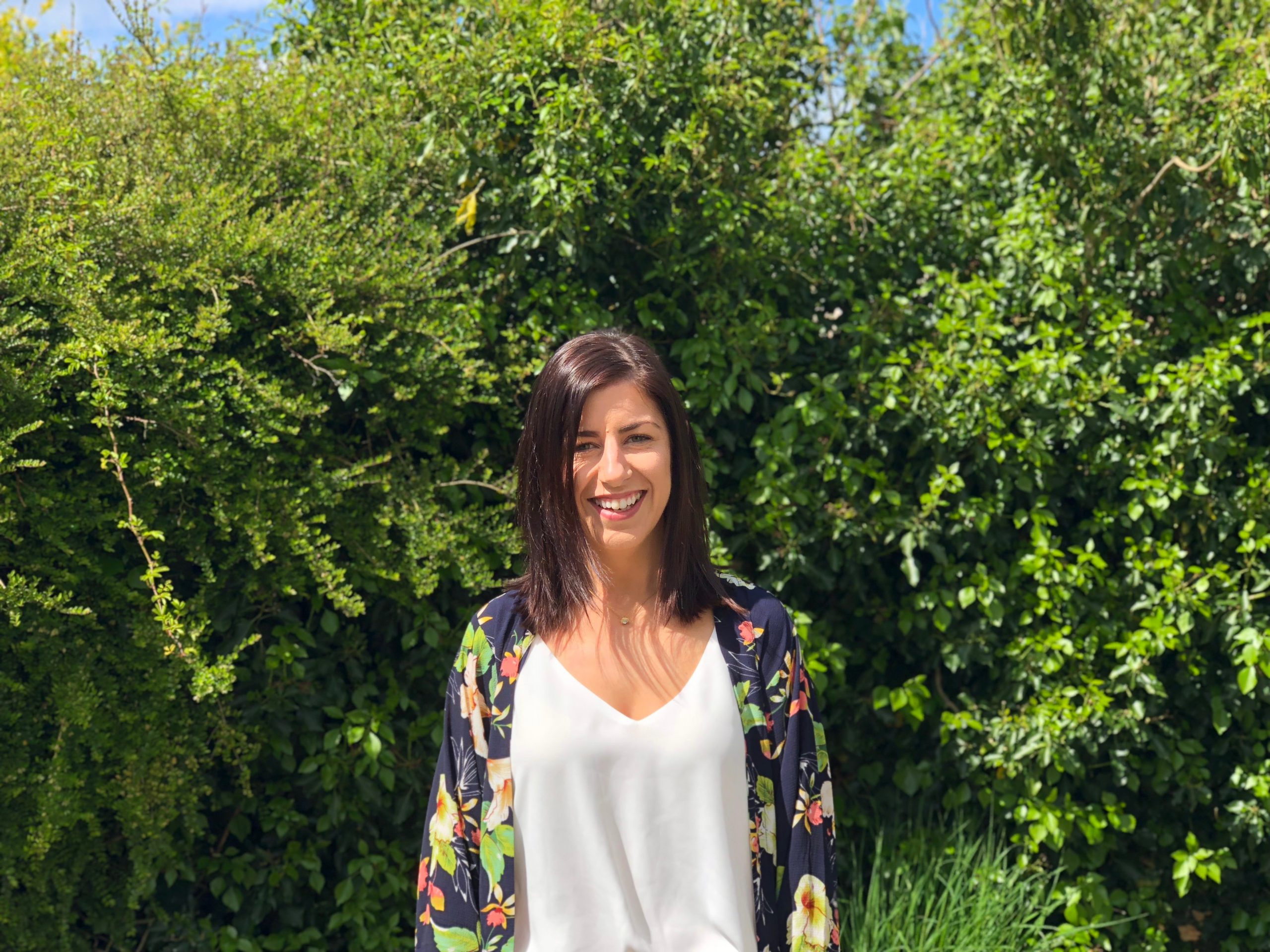 As I struggled internally, everything on the outside became incredibly overwhelming. I had been suffering with gastric reflux for years which began to get progressively worse over time. Despite numerous doctor’s visits, an endoscopy, blood tests, food intolerance testing and medication, I never got relief from the problem. It had gotten to the point where I was vomiting after every meal.

I then began to lose my hair which was terrifying, and was undoubtedly the hardest part of it all. Huge clumps of hair coming out in my hand everyday followed by really severe and painful acne breakouts on my chin. With the hair loss and the acne my confidence had taken a huge hit. I remember sitting in the hairdressers and breaking down in tears watching the hairdresser brush my hair and looking at the chunks of it coming out in her hand. Standing in the shower and too scared to even wash my hair, knowing that lumps of it would fall out and send me into a complete panic. Problem after problem, It just seemed to be never ending. I tried absolutely everything to sort it and spent a fortune in the process.

With no answers, I began to get increasingly stressed and just felt a sense of desperation, it was almost as if what was happening wasn’t ‘real’ because a reason for it couldn’t be found. I questioned myself continually, am I imagining this? Am I causing this by panicking about it? I couldn’t stop the hair loss which was really distressing and I just felt so unwell, but without any medical reasons I felt I was going mad. All the physical problems really began to their toll mentally. Minor problems were becoming major problems and I felt I had absolutely no energy to manage anything. I became so overwhelmed by the smallest of things, I was constantly worried and considered everything to be a stress. I knew something was wrong with me but every medical test came up clear. I didn’t know what to do next and felt I had exhausted every route with nothing working. My life became so consumed by illness, it was all I could think about and talk about. I had forgotten what fun and happiness even felt like and wondered if I would ever feel ‘normal’ again.

I came across Jeff’s website accidentally and after going through it thoroughly I felt I would give it a go as I had become so upset and disheartened and knew I had nothing to lose. I was at my lowest and felt it couldn’t do any harm to try it. I finally made the decision to go to Jeff because I felt unhappy and was becoming increasingly negative about everything. I felt I had lost such a big part of myself, living in my own head which was no longer a friendly place. I never thought for a second he would be able to help with the medical issues. I never even mentioned the reflux or the hair loss to Jeff in my treatment because I had finished all the medication and with no relief I figured it was just going to be a long term problem that couldn’t be treated, and I just had to accept that this was my reality. My priority at that point was just to feel happier and start to enjoy life again. I told him the reason I had come to him was because I just didn’t feel like myself anymore and felt overwhelmed by everything.There was once a time when I was carefree with little to worry about and I just wanted to feel some sense of that again.

I can safely say that discovering Jeff’s website was one of the best things to ever happen to me. After my first treatment with Jeff I left wondering what exactly had just happened, but with the energy I had the following day I knew the treatment had worked in some way. I felt much happier and refreshed, it was almost like a relief, a weight being lifted. I then noticed that my reflux began to ease, my hair stopped falling out and my acne cleared up. I never even thought to link this to the treatment with Jeff as I had not mentioned it to him. I began to feel so much happier in myself and decided that I really wanted a follow up treatment just because of the energy boost alone. The time and and attention Jeff gave me in my second treatment really was remarkable, and you couldn’t but be moved by his kindness. I walked out the door and I instantly knew that he had changed my life for the better. The immense feeling of happiness, peace and contentment that followed has completely changed my life and every medical issue I had completely disappeared. I haven’t had one issue with reflux or hair loss since my treatments with Jeff, I can only describe him as miracle man. I had gone down the medical route to solve these problems and It proved unsuccessful .It just goes to show, the problem itself wasn’t the hair loss or reflux as I never made Jeff aware of these, they were just the physical signs of something else. The doctor’s treated the symptoms but Jeff treated the reasons for them. Just when I thought things couldn’t get any worse and I really felt I was at my lowest Jeff’s treatments helped me to regain my life in more ways than I ever thought possible. Like the words that jumped out at me on the day I looked at his website – ‘Never give up, there is always a way!’

My only advice – Trust and believe in the magic of what cannot be explained and open your mind to something different because it can open doors to all kinds of possibilities.
Jeff is a truly incredible man that I will be forever grateful to have met. My only regret – I didn’t meet him sooner.

Thanks Jeff, you really are one in a million.